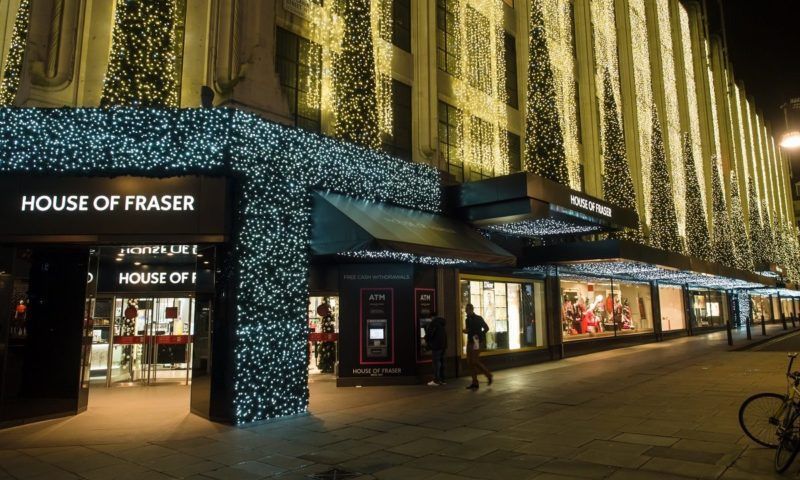 House of Fraser intends to launch a company voluntary arrangement (CVA), under which it is likely to close some stores and renegotiate rents on others.

It did not say how many stores are earmarked for closure.

Frank Slevin, the chairman, said: "There is a need to create a leaner business that better serves the rapidly changing behaviours of a customer base.

"House of Fraser's future will depend on creating the right portfolio of stores that are the right size and in the right location."

C.banner, which is listed on the Hong Kong stock exchange, is expected to raise about £70m by issuing new shares.

The deal is expected to complete by the end of June and Nanjing Cenbest will continue to hold a significant minority stake.

Under Nanjing Cenbest's ownership, there were plans for a big expansion of House of Fraser in China, but only one store materialised, in Nanjing itself.

The chain expects to make a formal CVA proposal next month, with a full restructuring in place by early 2019.

A CVA is designed to help a struggling company to pay back a proportion of its debts over time.

It involves a strict repayment scheme overseen by an insolvency practitioner and must be approved by at least three quarters of the firm's creditors.

House of Fraser will hope to avoid the fate of department store chain BHS, which collapsed in 2016.

The October 2021 issue of Interiors Monthly.