Sealy UK, rugby league club Wigan Warriors and the DW Stadium to bring one lucky fan a once-in-a-lifetime opportunity to have the ultimate ‘sleepover’ in the Presidents Suite at the stadium.

David Butterworth from Rochdale, won the 3 May prize before Wigan Warriors played the Salford Red Devils after chosen via a social media competition.

Met by Wigan Warriors players Gabe Hamlin and Craig Mullen on arrival, Butterworth, along with his two daughters, mother and mother-in-law, were treated to a VIP behind the scenes tour of the stadium, changing rooms and the Presidents Suite, which had been transformed into a hotel room complete with a king size Sealy bed which he then got to keep.

He was then accompanied to dinner by the players before receiving a wakeup call and room service with a difference when Wigan Warriors players Liam Farrell and Dom Manfredi delivered breakfast. He returned later that evening with his wife to watch the match from the Warriors’ hospitality lounge.

‘I’m a huge Wigan Warriors fan and try to get to as many of their games as possible. However, usually I do things a bit more conventionally and turn up on the day rather than spend the night in the stadium. The whole experience was out of this world. Getting to meet the players over dinner, having them show us around the stadium and then delivering breakfast was the icing on the cake,’ he said.

‘We’re always looking at new and innovative ways where we can enhance our fan’s experience with the club, and working with Sealy our official sleep partner, we’ve truly managed to do that in a really fun and engaging way with the support of the team at the DW Stadium. Who knows, we might have to keep the suite as a hotel room now – although I’m not sure the players will be able to deliver room service every time,’ said Dan Burton, Wigan Warriors commercial manager.

‘We are fortunate to have Sealy UK on board as a major partner of the club who not only support our high performance programme with beds for all the players, but are always looking at fun ways to engage with our fans and support our community initiatives.’

Holly Housby, Sealy UK marketing controller said: ‘We really enjoyed collaborating with the Wigan Warriors on this unique activity. We already help the Wigan Warriors players to sleep well, having provided them all with Sealy beds, so we thought, let’s give a lucky fan the chance to sleep well before the game too. We’re glad David had such a good time and that he will continue to sleep well on their new Sealy bed. We’re looking forward to working with the club to deliver even more fun activities in the future.’

Andy Birch, DW Stadium Manager said: “We are always looking for ways to challenge ourselves to find new and innovative ideas to promote the venue. The opportunity to be involved with the Sealy sleep over certainly ticked this box for us, as far as we know, a stadium sleep over experience of this type has never been done before. I am certainly looking forward to working with WRLFC and their partners in the near future to help facilitate other exiting events and promotions.”

Sealy is the official sleep partner of Wigan Warriors and has been working with the club since the 2016 Grand Final. This year, Sealy UK extended its partnership to become a Major Partner of the Club where the iconic Sealy logo appears on the playing shorts of all Wigan Warriors Representative teams including the Men’s Super League Team, Wigan Under-19s, Wigan Under-16s and for the first time in 2018, the Wigan Women’s Super League Team. 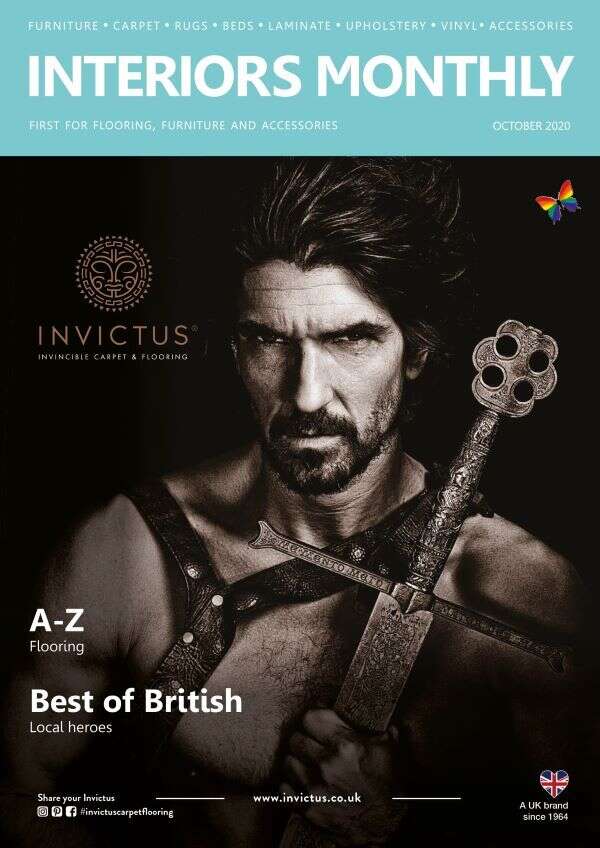 The October 2020  issue of Interiors Monthly.